In this Course Avaya AES 7 (Avaya Enablement Server) you will learn all new features in Avaya AES. This is a chain of new Avaya Aura 7.0 platform course, and in my previou
s article you will find an other course on “Avaya Communication Manager 7. 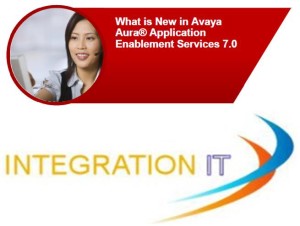 Here is the Course Object of AVAYA AES 7

Copyright © 2023 INTEGRATION IT.
Theme by MyThemeShop.